​Build and Launch Your Own Model Rocket!

Launch Day Volunteer Sign-Up
Help wanted from setup through cleanup from 2-6:30 PM
Each volunteer will receive an embroidered commemorative mission patch as thanks. 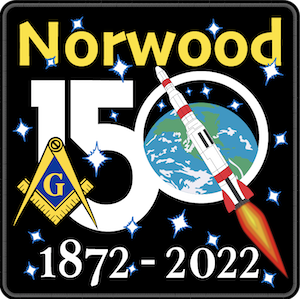 On launch day, priority will be given to rocketeers whose families registered in September. Rockets will launch in order by grade.
Kindergarteners will launch their rockets first, followed by first graders, and so on until all registered participants have completed their promised launches.

Rockets Must Be Built Before Arrival
We may be able to help repair rockets that are damaged in flight, but we will not be equipped to help build any rockets on launch day.
​
Photography
Local media and our staff photographer will be there, but we will have two photo areas specifically for families. First, families can pose their rocketeers with their rockets next to a Norwood 150 sign and a 72-inch tall inflated rocket. Second, a “photo circle” will be located a safe distance (about 30 feet) in front of the launch platform where parents can stand to capture photos or movies of their child’s launch.

​Stay for Special Launches
Three special launches will commemorate Norwood’s 150th Anniversary, the 50th Anniversary of the final Apollo Moon landings in 1972, and NASA’s return to the Moon with the Artemis missions starting this year.
▶︎ An AstroCam rocket with a digital video camera will film its launch and the Norwood 150 event crowd.
▶︎ Scale model of the Apollo Saturn V rocket that took mankind to the Moon half a century ago, and
▶︎ Scale model of the NASA SLS rocket that is preparing to take us back to the Moon and then to Mars!

Souvenir table
Learn where to buy Norwood 150 souvenirs and apparel. Limited quantities of some items will be available on launch day:This activity is made possible through the generous support and volunteer service of Orient Lodge Freemasons, the Norwood 150 Committee, and the South Norwood Committee, with additional support from retired state trooper John Jakobowski, captain of the student model rocketry club during Norwood’s 1972 centennial. We’d also like to thank the Norwood Recreation Department for its patient help with the registration process, and the scouts and leaders of Troop 42 and Crew 420 who will be among the launch day volunteers.
Norwood 150  •  A Rich History… A Bright Future